Last Saturday at the Strand Gallery in Covent Garden, a few art lovers and friends of Cameroon gathered together under one roof to appreciate and support the artist Shiri Achu on her second solo exhibition journey in London.

Shiri Achu’s art comes from everyday, unsurprising yet unexpectedly vivid moments, times, places and objects. She seeks to capture the spirit of her subjects and make them come alive through form, colour, texture and tone. She draws insight from her travels but in general her inspiration is very broad; from natural moments captured in Africa to still objects, from the human form to the human in action.

Ever increasingly so, one of the aims of Shiri Achu’s art is to showcase the African cultures worldwide. It’s also to bring back the fond memories to those in the diaspora. She finds beauty in the African prints, she finds beauty, envy even, in the young girl climbing the tree!! So she paints these images. For her they are beautiful moments and for that moment, whilst she works on that piece she buries herself in the story and in the culture.

It’s been 5 years since Shiri Achu’s first solo exhibition held at St Augustine’s tower in Hackney. Since then she has been given the award of ‘The best Artist in Brent’ by the Brent Council. London and has been fortunate to have exhibited in various exciting places/events/ cities. These include; The Commonwealth Secretariat, The houses of Parliament and The Olympic African Village. Cities include; Adelaide, Lisbon, Barcelona, Amsterdam, Las Vegas and Chiang Mai to name a few.

So on Saturday 19th April, she carefully selected her venue, carefully laid out her paintings and also carefully planned how the evening would pan out. The compere helped to bring the evening alive. The little helpers made sure the guests were at ease. Amaka the music artist who had flown in all the way from Germany gave the guests a wonderful rendition of her songs backed by a live band.There were 35 In Print cupcakes, wines and non alcoholic concoctions, caramelised peanuts, sweets and more cakes…the opening party was a blast! The turn out was unexpected and large with guests made up too of friends and family who were eager to view, to network and to have fun!

Our PR girl was there to witness it all…A few images below…! 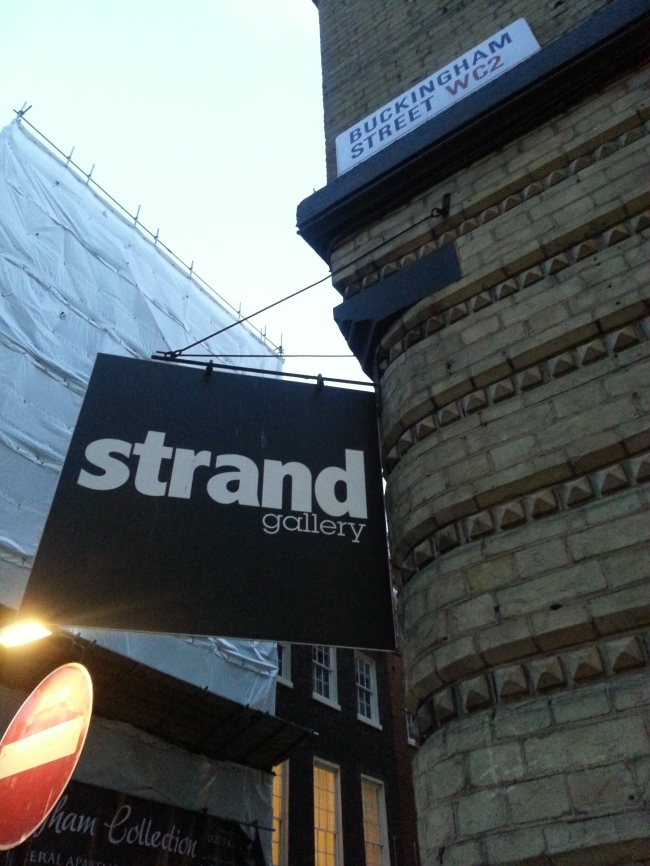 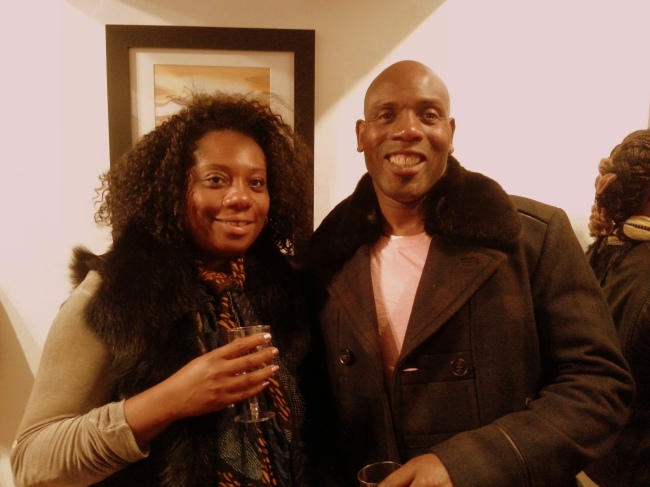 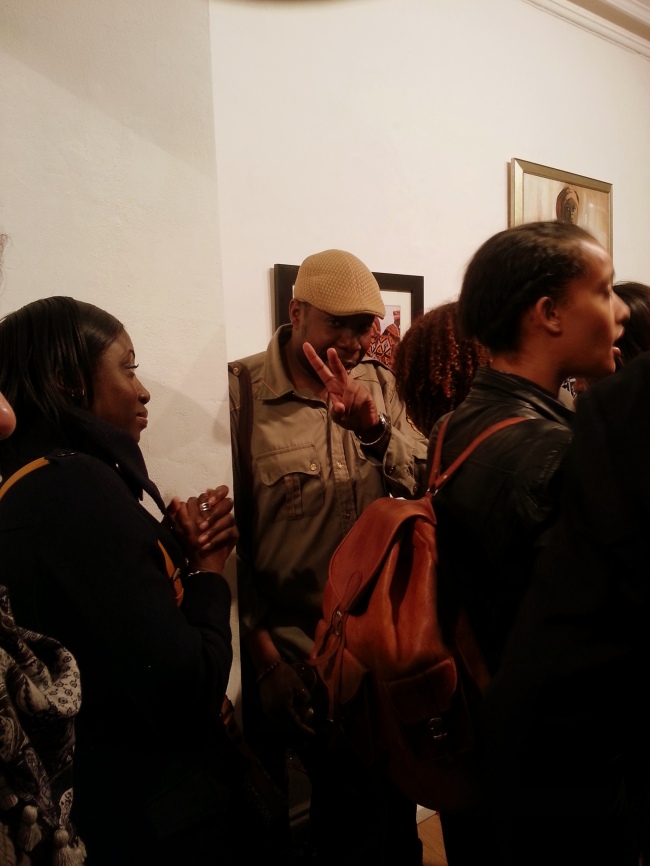 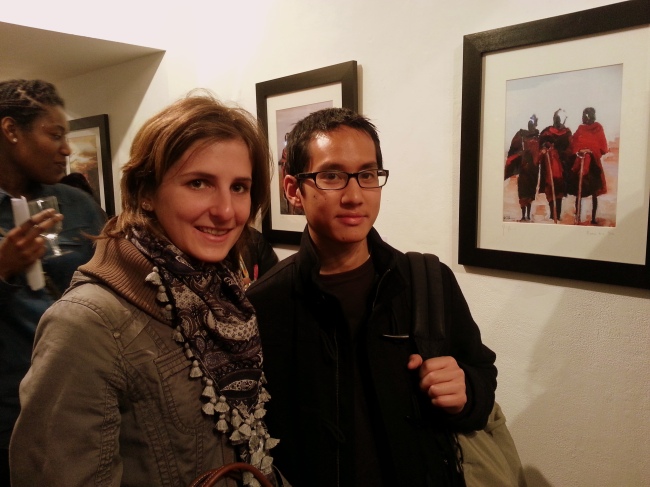 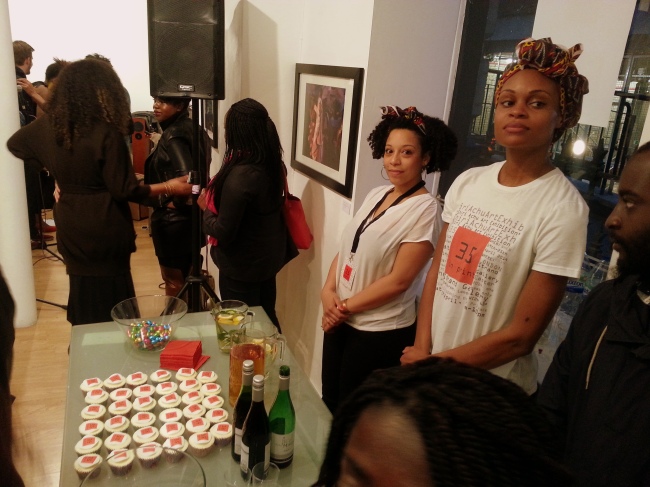 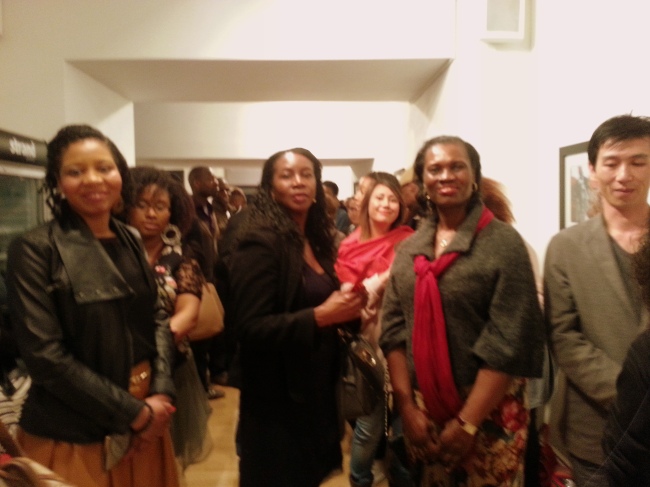 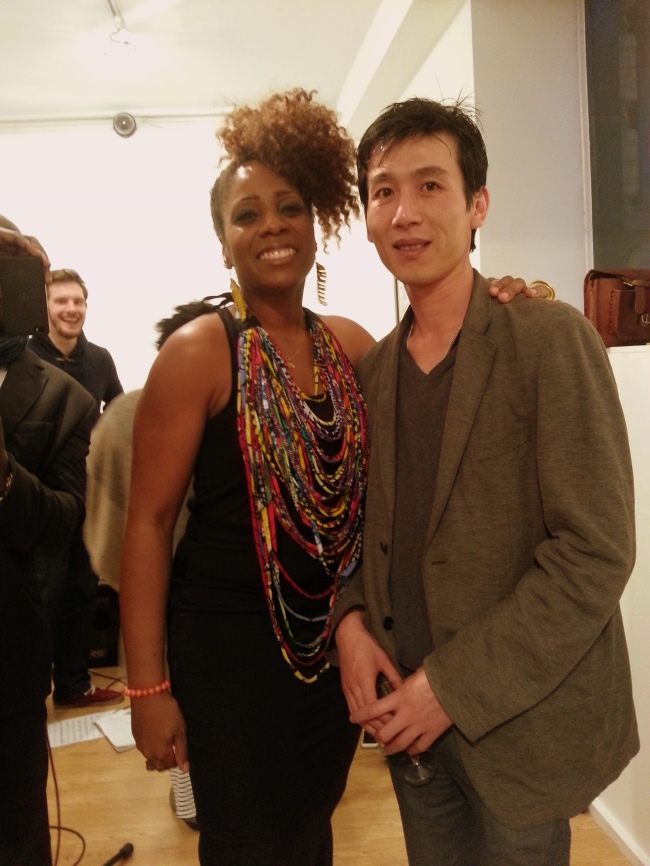 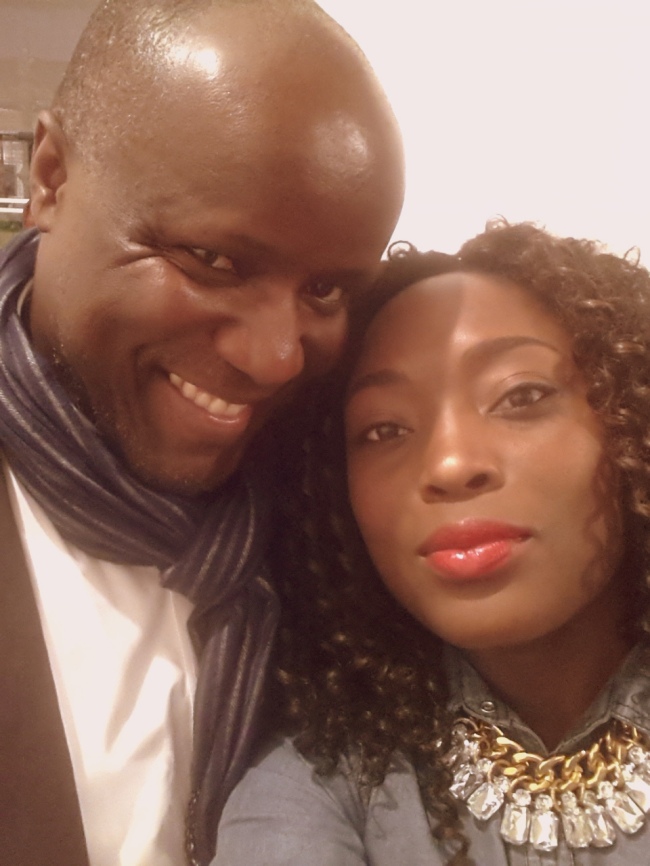 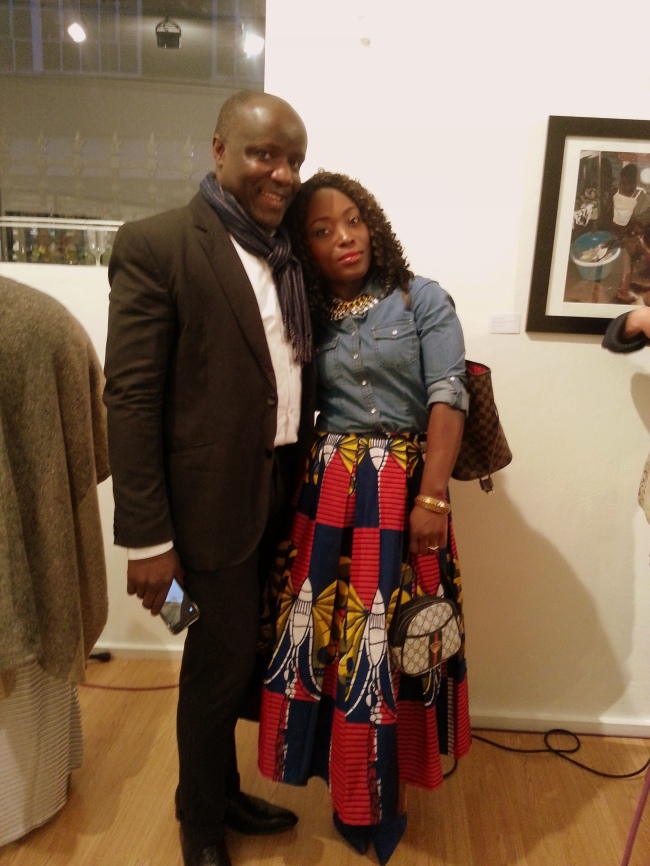 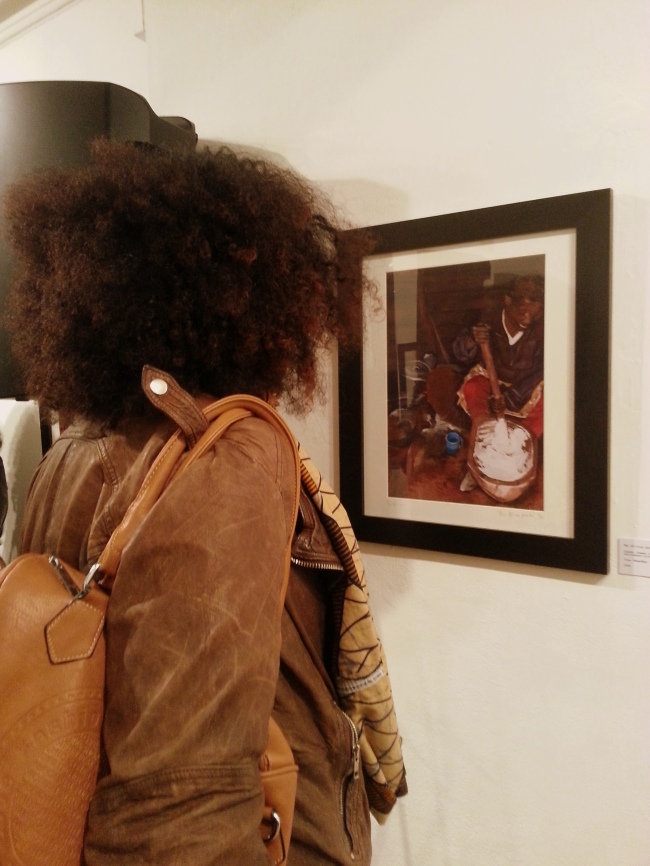 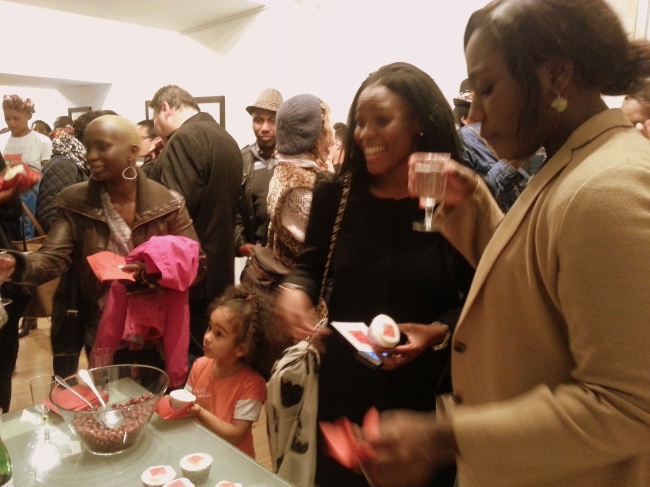 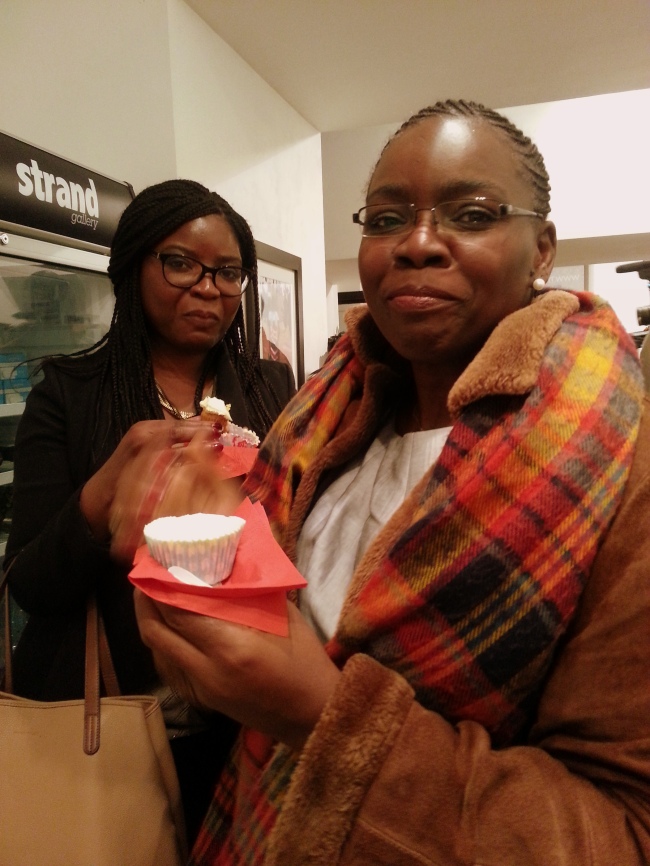 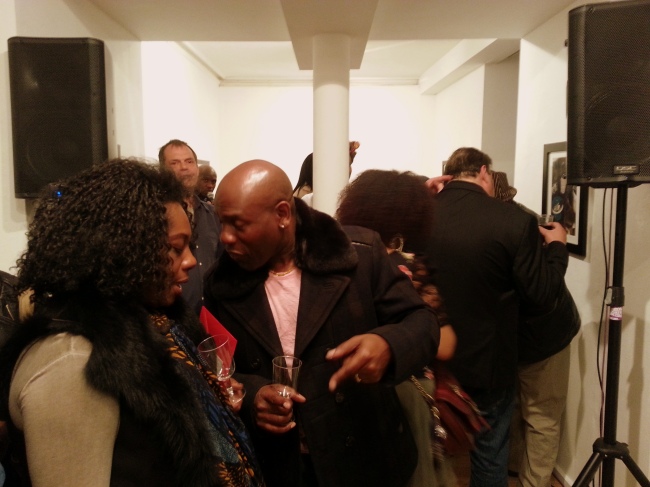 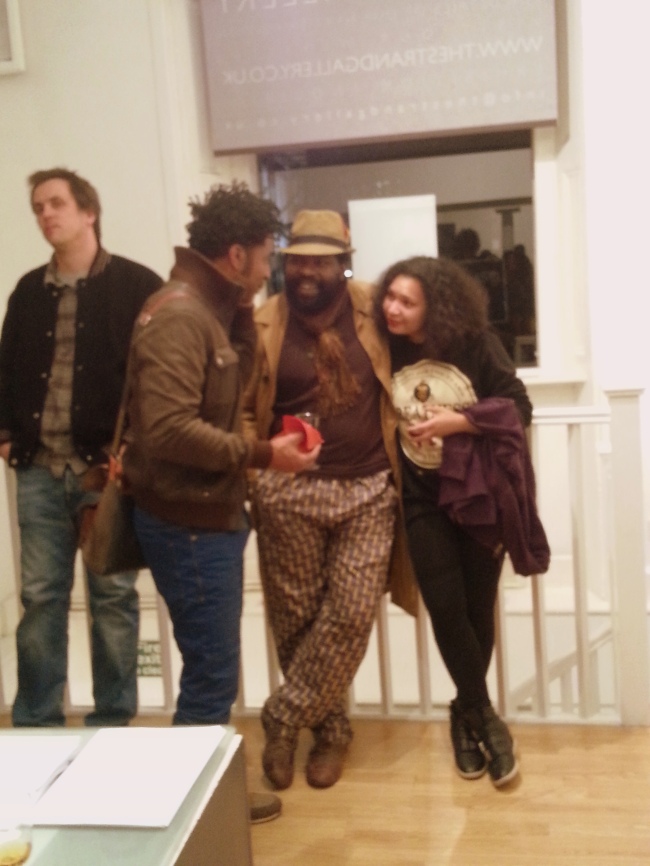 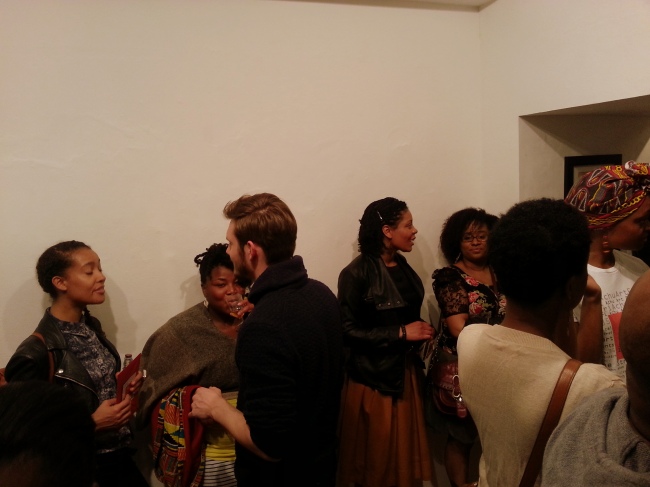 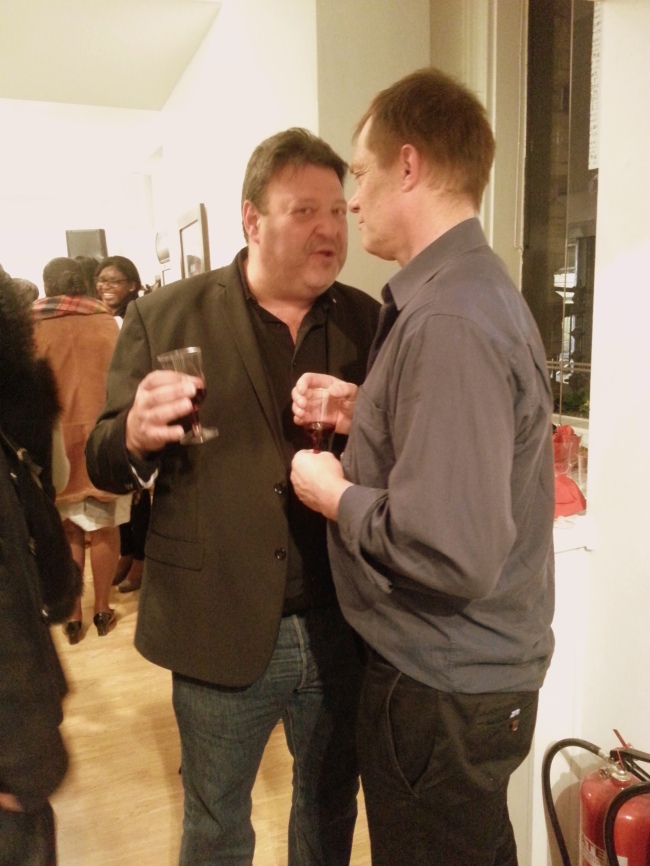 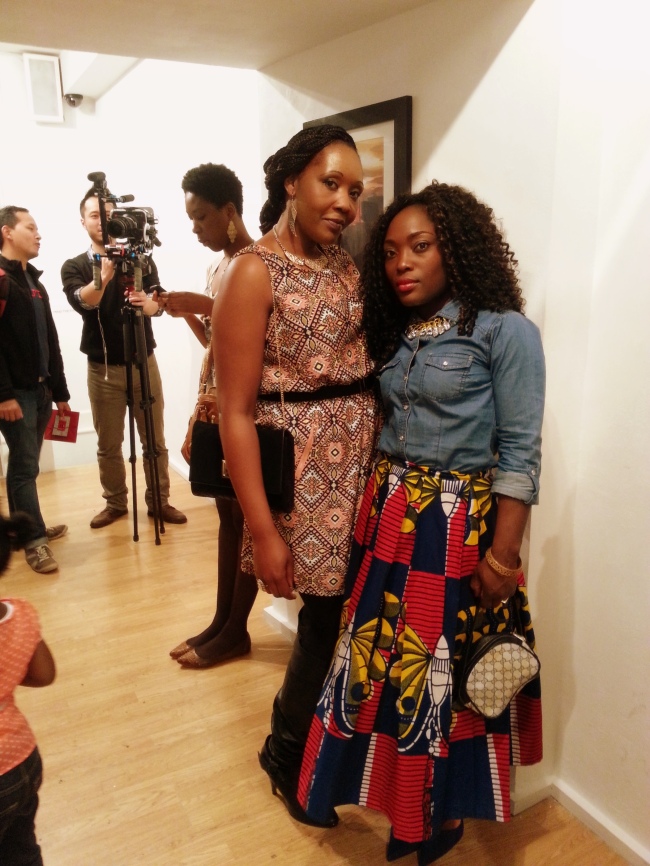 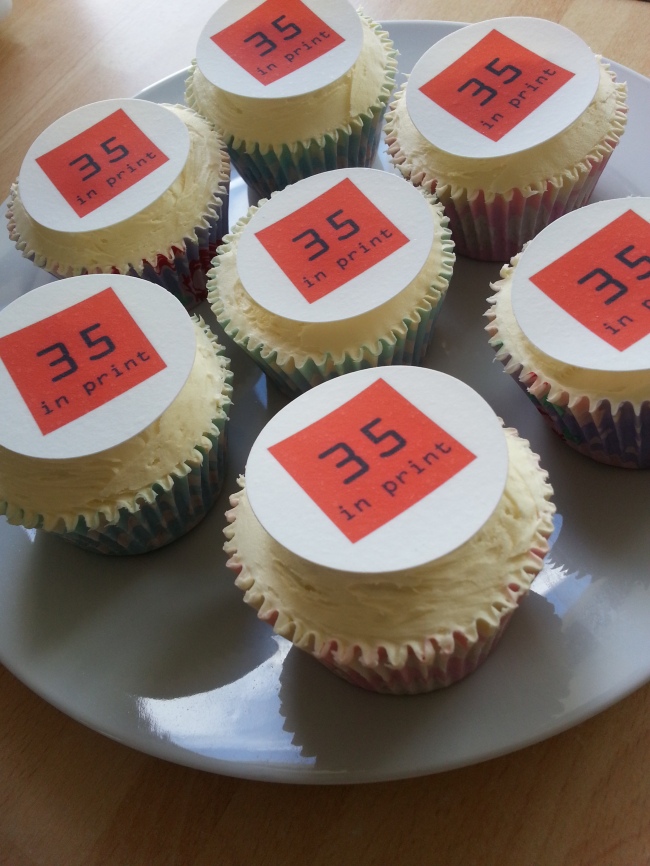 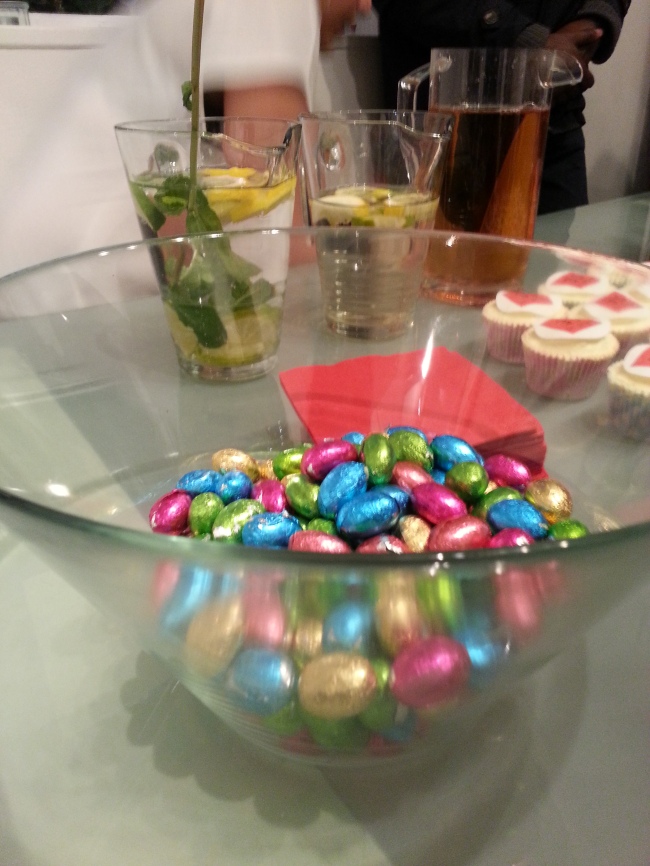